Hailing from Aberdeen, Washington; Nirvana  dominated the music scene  in the ‘90s, eventually leaving behind a legendary legacy achieved during their brief  7 year career.  They’re now frequently considered one of the best rock bands ever… I love Nirvana, I love their anarchist style. I love how pre-Nirvana  grunge was pretty much an unknown genre, I love how they popularised grunge managing to capture the attention of a myriad of music lovers. It was an arduous task for a minor genre such as grunge to enter the mainstream charts at the time, but Nirvana catapulted their style of music into the public consciousness, amplifying grunge onto a worldwide stage.

Kurt Cobain manifested himself into this captivating icon, whether that was his intention or just luck we’ll never truly know… He got everyone talking about not just Nirvana but about Kurt Cobain, often conversing about those controversial topics when the music talk became humdrum to him. Cobain as the lead quickly became as intriguing as a person as Nirvana did with their music. Nevertheless they were everywhere, beginning in 1989 with the release of their debut album Bleach. An album that wasn’t harmoniously astute but instead evoked anger and frustration, stemming heavily from the current affairs and economics of the time.

Bleach failed to break the charts and Cobain voiced his displeasure at how poor the promotion of the album was. This lead to the band changing record labels, being signed by DGC with thanks to Kim Gordon of Sonic Youth’s constant recommendations. Nevermind was released in 1991 despite initial displeasure from the band as they disliked the final production. Cobain, Novoselic and Grohl disapproved of certain changes but the album went ahead, after the release it just blew up, Smells Like Teen Spirit was being played on MTV about 37 times a day and the album went on to sell 30 million copies worldwide. It’s so close to being a flawless album, hence why it’s the focus here as when most people think of Nirvana, they think of Nevermind. In Utero was still great debuting at number one in the album charts circa 1993, but Nevermind is undoubtedly the quintessential representation of Nirvana and grunge as a whole.

Disastrously, the success they were embracing came to an abrupt end when Cobain was found dead at his home in Seattle. Nobody knows for certain what happened, his ample heroin addiction was common knowledge but whether that was factor or not is unknown, I don’t think we’ll ever really know what happened.  A hypersensitive subject it may be, his death cemented the band in rock folklore for eternity.

An embellished rock star like Cobain dying naturally attracts an abundance of publicity and media coverage, his unconventional, innovative style only elevated the tragedy as his manifestation of a new avant-garde rock star was gone. The effect it had on the industry, subcultures and fans was catastrophic. Cobain’s hometown pays homage to him as “Come As You Are” is inscribed on the town’s sign. Dominating the headlines for weeks questioning; what happened, why did it happen, who was there and the almighty recurring idiom “what if”.

The “what if” concept has been ever present in the minds of Nirvana fans, the idea of what they could’ve gone on to achieve drove the  ideology of them being one of the best bands ever. I completely agree that they should be considered as one of the greats, however too many assume their music would have continued to be phenomenal. If Cobain was still alive today and continued to release music how would people perceive Nirvana? Could they ever live up to Nevermind? Would they be judged on subsequent albums that weren’t as phenomenal? For example Violent Femmes who are a solid example as they never could recreate the quality of their debut release, Bringing Oasis into the conversation is far more interesting though.

Albeit I could be completely wrong as Nirvana may have gone on to consistently release superb albums, we’ll never know. Hypothesise for a second though; compare the narrative with Oasis. If Liam or Noel died following the success of Definitely Maybe and Morning Glory, I’m confident they would be considered one of the greatest bands ever, even if some place them in that category now. Thankfully that never happened, though the Mancunians went on to put out many below par albums excluding Heathen Chemistry and Don’t Believe The Truth. It’s what I think would’ve happened with Nirvana if Cobain didn’t come to his untimely death. 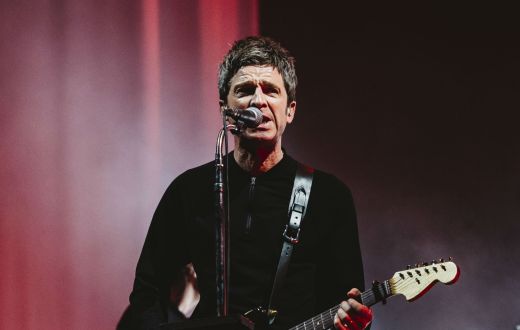 As happens with any kind of movement, music trends change and the more passive listeners move onto the next big thing. In Nirvana’s case though, something as tragic as Cobain’s death is so depressingly powerful it becomes engrained in one’s memory. He was credited as a genius and the voice of a generation, deservedly so as he managed to connect and appeal to much of the previously disenfranchised crowd. . We’re nearly 30 years on and Nirvana still always come up in conversations about music, the conspiracies and controversy surrounding it all provides an abundance of talking points too.

All things considered, it simply stresses how significant it is when an iconic frontman such as Cobain passes away. No revelations here, it’s an obvious conclusion, but dying during the peak of a band’s popularity leaves fans with that everlasting longing  feeling craving new material that obviously will never come. The devastating effect and influence it then has on culture is staggering.

Do I wish that Kurt Cobain never died? Of course. Would I have preferred them to continue making music? Definitely, even if I do think it would never match up to the first 3 albums. It’s that “what could’ve been” philosophy with Nirvana, each individual has their own personal perception of what may have been. Still, an abundance of people worldwide remain infatuated with Nirvana’s back catalogue alongside others discovering them for the first time. It is satisfying to see how still to this day a plethora of music fans who although wouldn’t usually go anywhere near a genre like this, still show admiration and respect for the grunge legends – and that’s class.