Why is everybody so infatuated with the idea of some glorious Oasis reunion which would only be motivated by money?

Don’t get me wrong they are one of my favourite bands in history, I grew up with them and they are one of the first bands that originally influenced my music taste to what it is today. But why do a myriad majority cry for a reformation of a once legendary band who frequently imply that they do not give a toss anymore.

Almost every rock band in history that eventually split up and later reformed typically did so for a staggering abundance of cash that was offered to them, it is not what music is supposed to be truly about. The initial inception of music groups, rock bands most notably in this context was the passion for music and also the chemistry with each other. Take The Eagles for example; one of the most famous and popular rock bands ever, they hated each other following their disband in 1980. Don Felder and Glenn Frey’s argument that caused the split almost escalated into physical violence and was followed with a statement that said they would only get back together when “hell freezes over.” It looked like an impossibility that they would ever perform again in unison, yet they did reform when they were given what was undoubtedly a flabbergasting amount of money and cheekily called it the hell freezes over tour. It’s rumoured that each member had separate dressing rooms before the show; played the gig and then left without conversing a single word with each other, surely that fabled chemistry which created those timeless albums during the 1970’s would be non-existent.

However the shows they played were still spectacular but I believe it’s because the music is simply implementing nostalgia upon the individuals in the crowd and evoking past emotional memories. It resonated mostly to those who were around in that time and bought the albums upon release. When a musician is playing several of your favourite tunes, are you listening for inaccuracies or are you enjoying it so much that you are oblivious, I’d argue the latter. I have been to watch many tribute bands who are unbelievably good such as The Smiths Ltd and all that is missing is the genuine authenticity of the actual members as the music is recurrently class and sounds close to the original tracks. Put a blindfold on and you’d be brave to challenge that you were not listening to the genuine band in their heyday.

As an Oasis super fan who loves Noel Gallagher more than most why would I not want them to reform? I regret in profusion not seeing them when I was younger, but I always felt that they lost their passion around the Heathen Chemistry period despite the proceeding “Don’t Believe The Truth” being phenomenal. It was due to their sheer conventional genius and alluring nature that the 2005 album turned out to be remarkable rather than owing to the passion they shared 10 years previously. The fact that when they split up they did not remain professional hurts many; they should have played the show for their adoring fans and then called it a day afterwards. The V festival breakup gig in 2009 when they refused to play their slot left many fans disappointed and is frankly insulting. For Noel to storm away from the dressing room departing in a taxi to wherever 5 minutes before Oasis were due to start is disrespectful to the infatuated fans in attendance as many were only at the festival to see the brothers & co perform. 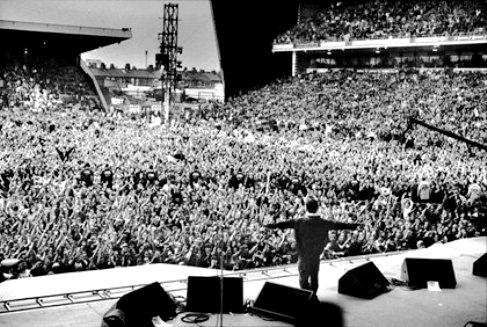 The apprehension and rumoured division was confirmed when a quote was posted on their website stating from Noel “It is with some sadness and great relief…I quit Oasis tonight. People will write and say what they like, but I simply could not go on working with Liam a day longer.” Dig Out Your Soul which was released a year previously to that occurrence I really enjoyed, however it was plain to see that it was churned out because they were simply brilliant; not because they were enamoured with the music, the brothers had seemed to despise each other at that point.

I’ve always leant towards the Noel camp purely because I believe leadership and song writing is pivotal in a band, honestly put compare the success of NGHFB’s to Beady Eye and it shows dividends. Noel reckons Weller would put his windows through if he reformed Oasis, and if the elder sibling can release number one albums persistently why would he chase yesterday? Beady Eye genuinely was Oasis without Noel and albeit I liked them but Noel’s first album was outstanding especially compared to Beady Eye’s, it was better than several Oasis albums in my honest opinion.

Reverting to the initial point, if Oasis got back together it would simply be for the money and not for the love. Noel spends all his time astutely marketing his own music (or his PR team do) and expanding his musical pallet whilst Liam spends his abusing Noel on Twitter, they supposedly only speak at Christmas nowadays. NG has always said he would do it if whomever paid £500 million or so, don’t get me wrong I’d get tickets in a heartbeat but I would know deep down that they did not really want to be there.

Undoubtedly the live show’s would be extraordinary but any new music would barely scrape mediocrity in comparison to their 90’s releases, back in the day Noel had to control the band and force them into the studio because they were so easily distracted and naive. The lack of leadership instantly signifies why Beady Eye did not fulfil their potential. It may be a generalisation­ but hugely successful bands of the past only reform when they are all skint, The Stone Roses only amended for the cash and their recent album does not even deserve to lurk in the shadow of the first. In all fairness the live shows were fantastic conjuring past memories and enabling Generation X to relive their youth but stick to that, new music just implements a catch-22.

Who are Oasis though? Is it Liam, Noel, Guigsy, Bonehead and Alan White or is it the brothers with Gem Archer, Andy Bell and Zak Starkey? Take your pick. Many disregard or forget that the line-up completely changed for the last few albums. 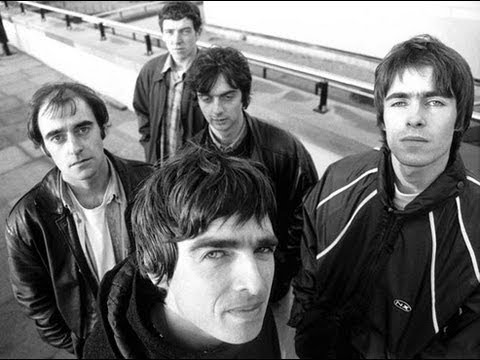 I’m quite happy with Noel remaining solo and experimenting with more diverse musical characteristics, especially if he keeps bringing out the likes of Johnny Marr and Paul Weller onstage during his shows. I also hope Liam’s imminent solo album explodes into glory.

Let them have their fun and childish arguments; we’ll have a reunion when they’re both insolvent, let’s say 2019 on the 15th anniversary of Definitely Maybe, here’s looking at you Eavis.

Sibling volatility looms indefinitely, but in what context will it manifest itself? Only time will tell.